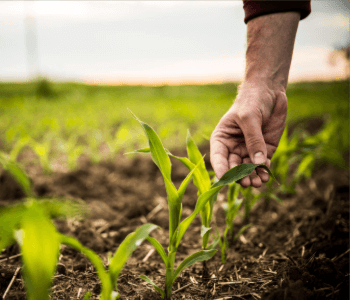 These last couple weeks, we’ve seen temps range from the low 60’s and sunny to high teens with snow and wind and back again. Without being able to tell what mother nature is going to throw at us next, and only having a small window to get your crops in the ground, you really need to get those plants up and out of the ground as soon and as quick as you can.

Winfield’s Ascend SL and NEW Ascend Pro plant growth regulators (PGR) are what you need to help improve vigorous early plant germination and emergence, a robust root system, and larger leaves and wider stems.  Giving you a significant jump on the growing season.

Ascend SL consists of three plant growth regulators that promote cell division and leaf expansion, stimulate cell division and elongation in leaves and stems, and stimulate root formation and development and increase cell elongation.  These three ingredients allow the plant to grow faster above ground, build bigger roots below ground, and emerge faster under cool and wet conditions.  Over a 3-year average and almost 200 locations around the region, Ascend SL saw a 5.85 bu/A yield response almost 61% of the time.  It can be used with in-furrow starter fertilizer for corn and as a foliar application for most crops.

Ascend Pro consists of the same three plant growth regulators as the original Ascend SL. These three ingredients allow the plant to grow faster above ground, build bigger roots below ground, and emerge faster under cool and wet conditions.  The one thing that sets Ascend Pro and Ascend SL apart from one another is that Ascend Pro also contains an amino acid derivative that allows for better PGR use by the plant in warm and dry conditions as well.  2018 Answer Plot data from across the country showed Ascend Pro provided a positive response 76% of the time and had an overall yield benefit of 2.9 bushels per acre.

Ascend Pro’s popularity has increased in the past year in South Dakota due to our variable planting conditions (sometimes it can be cool and wet, while other times it can be warm and dry).  Ascend Pro can be used with in-furrow starter fertilizer and can also be used as a seed treatment.

As part of our 2020 Acres to Insights program, you will receive a puzzle piece for your Ascend Pro and Ascend SL purchase! Be sure to visit with your FCA Trusted Advisor for more information on Ascend and how it can benefit your operation in 2020.


Our mission is to be our customer's first choice for industry-leading resources and knowledge.