State of the State Recap 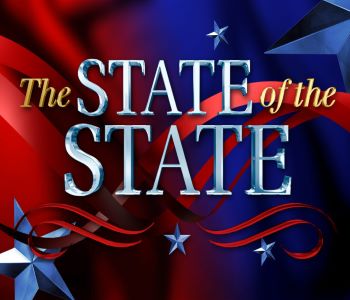 Each year, I spend some time following the South Dakota Legislative Session.

I feel that it is immensely important for citizens to be aware of policy discussions happening in the state capitol.  This year, I am hoping to share some of those discussions and other things going on in Pierre with you, the Full Circle Ag member owners.  I hope to be able to provide an objective weekly recap of pending legislation and some of the discussion being had on important state level issues, primarily pertaining to agriculture.  I will refrain from voicing opinions or championing any legislation, as it is up to you, the voters of South Dakota, to hold your elected officials accountable and make your wants and needs known.  Take some time to reach out to your legislators and build a relationship.

Governor Noem delivered her annual State of the State address to a crowded House Chamber in Pierre on Monday and live on SDPB.  The speech traditionally kicks off the legislative session and the governor outlines what policy she will be looking to move through the two chambers.  She led off with successes of 2020 including her administration’s assistance with projects which will bring $2.8 billion in capital investments and 2100 new jobs to the state.  Among these are an Amazon fulfillment center in Sioux Falls ($200 million) and a partnership with Schwan’s which will total $500 million and 600 jobs.  She also touted the state’s strong financial position, balanced budget, and fully funded pension.

She then led in to what will apparently be one of the most talked about policies throughout the session.  Her administration will be seeking an abortion ban on preborn children based on a diagnosis of Down syndrome.  This news was met with a standing ovation from members of the legislature and many of the spectators in the gallery.

She talked about her continued commitment to increasing access to high-speed broadband internet, citing examples of citizens able to live in remote areas and be able to work without limitation of internet access.  She says 135,000 South Dakotans still do not have high-speed access.

Next, Governor Noem moved into Ag policy.  She cited USDA reports predicting a 31% increase in corn production and a 53% increase in soybean production from 2019 to 2020.  She indicated that the legislation passed last year to streamline permitting for animal confinements had been successful allowing 23 new ag projects to move into the state and bolster job creation.  She followed up on items she had discussed in her budget address including meat processing grants, a marketing program for South Dakota meats, and a merger of the SDDA and DENR.

She spoke lengthily about the healthcare system and response to COVID-19 in the state recognizing doctors and facilities that have been treating patients under extreme conditions and the use of “an innovative outpatient COVID-19 therapy.”

She spent a good deal of time speaking about increases in tourism in 2020, 8 million out-of-state visitors (up 30% from 2019) and Custer State Park had 2 million visitors for the first time ever.  Youth, first-time, and mentored hunters also increased and the youth pheasant season has been extended to 9 days instead of 5.  The predator bounty program has been a huge success with nearly 4,300 participants removing 81,000 nest predators.

The Governor concluded reiterating that she will be “standing up for families.”

All in all, the House and Senate seemed very receptive to the Governor’s proposals.  However, some of those proposals seemed a bit vague and the political process will naturally create debate, even within the Republican “super-majority.”

Our mission is to be our customer's first choice for industry-leading resources and knowledge.